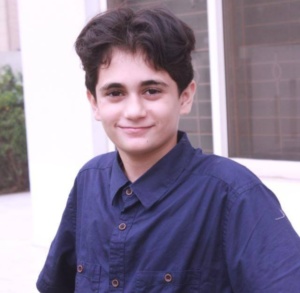 He was diagnosed by birth at King Faisal Hospital Riyadh , Saudi Arabia.
Despite of several hospital visits he was growing normal.
Eating and drinking by mouth.He loved painting and creative work.
He wanted to do job and earn for his family.
He loved to play games on PlayStation and XBox.
He had longQT interval . And was in dopamine for some years
He was in L-carnitine , Biotine and milkformula Prophree, Propimex.
He was inspiration for this world.
Every Friday he distributed sweets among children in his school.
He made coffee for his favourite teacher every morning when going to school.
.
2 years passed after 16 years of age he donot needed any hospital admission
Doctors allowed him to take 53g protein daily by mouth.
.
Suddenly one day vomiting started and he was lethargic alot.
Admitted to Childrens hospital in pakistan,lahore.
His plasma ammonia (100) and lactate (50) went high.
Platelets went down to 65.
Doctors thought it was some infection.So they started him on IV antibiotics and fluids for dehydration.
His constipation was resolved by doctors.
But in 5th day of admission he went in coma and ventilator.
Blood ph dropped and acidosis increased.
He was started on sodium bicarbonate
And sodium benzoate.L-carnitine through IV
But he could not went through it and passed away on 31st January 2021.
We will never forget him.
He was a star for this world.
We will bear this loss through our whole lives.
His three sisters , and mom dad will miss him for ever.
Our love to RAYAN (18years 9 months)
and brother AOUN(16 years ) who passed away.